I did start with showing my way of casting on, but then i realised that i probably skipped a rather important piece of useful information. I don’t know that much, but i’ve been doing just fine with the knowledge i have so far, so i want to share what i know.

So you go to a shop and you see hundreds of yarn and a few dozens of different needles. 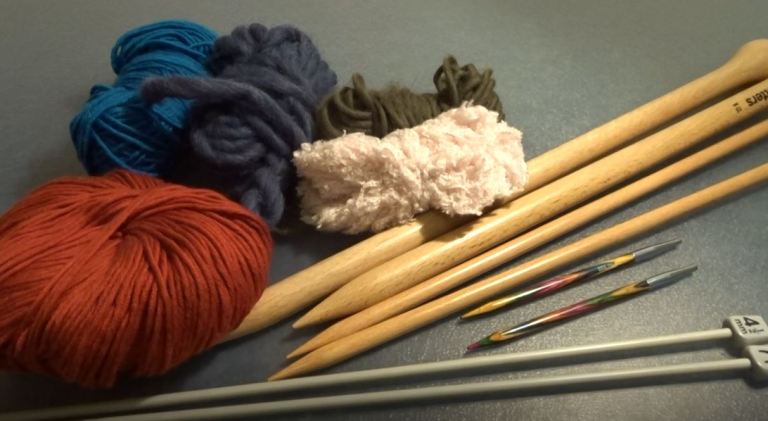 Needles have sizes, for some stupid reason 3 different ones – UK, US and, thank god, millimetres. It would be absolutely fine just having the millimetres as those numbers represent the actual needle thickness, rather than a made up number that means nothing.

We Are Knitters (WAK) – a knitting stuff company amuses me the most. On their website, in the wool tab where they describe the wool, they  suggest that their thickest wool need needle size 19 or larger. It’s just a number, gives me no clue, are they talking about mm or UK, or US??? On the wool itself the suggestion is 10mm, UK000 & US 15. BUT THEN, with all their patterns they’re sending out 15mm needles. What the hell???!!!

Just pick one and stop confusing me! Is what you’d like to shout at them…

However, it is a bit more complicated and simple in the same time. At the end of the day, those are just suggestions made for an average knitter to achieve an average outcome. In the real world you probably can knit any yarn with any needles. It depends on so many things that each situation/project needs to be looked at individually.

I was taught a trick at school that i’ve been following for years. It’s for picking the appropriate needles for each yarn. It’s easy – you take the thread, fold it in half and twist it slightly. The thickness, the width of that twist is the smallest needle good for the yarn. Simples! 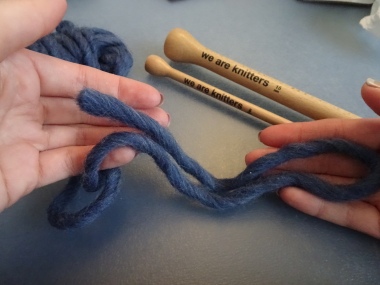 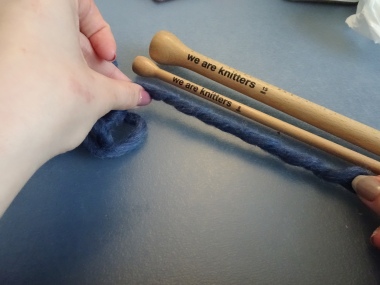 The three examples below are done using 3 different needles but the same yarn. It’s the medium wool from WAK, the suggested needle size on the packaging is 8mm. The left one is done in 5mm needles, the right, as you can see, using a 15mm needles and the bottom one – 8mm. So, it’s possible to go above and beyond that suggestion, all it does it changes the stitch (VVVVV) size and how stiff/loose the knitting will be – the gauge, in more complicated terms. I’m a very loose knitter so i tend to go smaller on my needles, whereas, if you knit quite tight, you’d need to go up a size to achieve the same look. 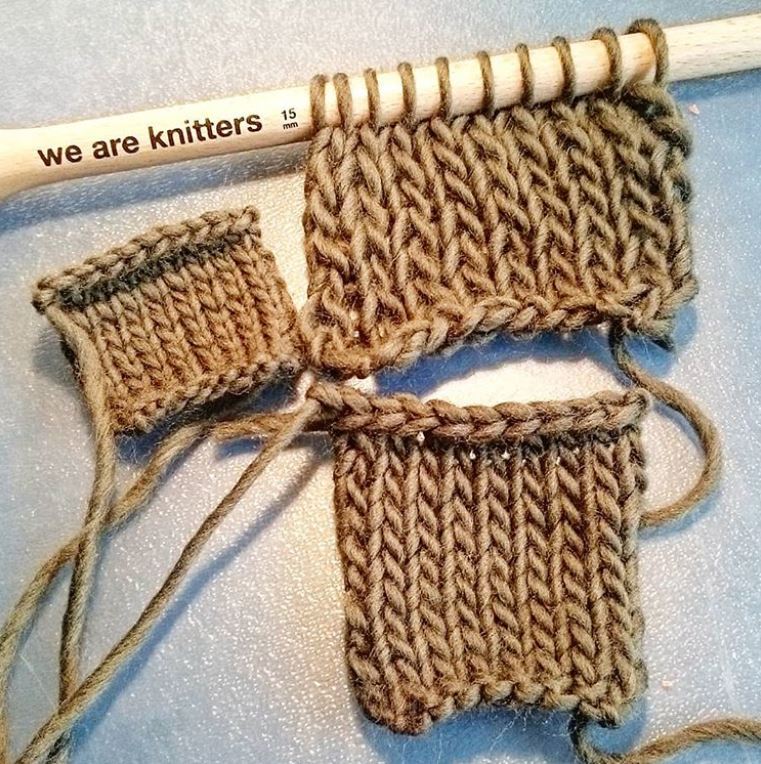 One thought on “Size Matters?!”