This is my rigid heddle loom and i’ve given her name – Bridget. 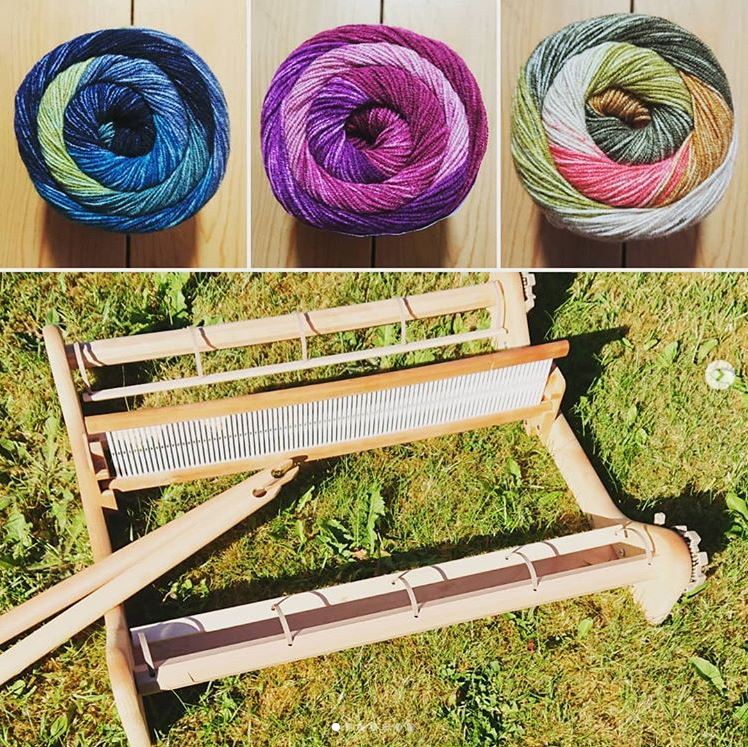 I’ve wanted one for a long long time. Well before i even knew about this brand – Ashford and well before i knew there were table looms like that, i wanted a loom. Back in art school i had tried tapestry weaving and loved it, but never had i tried the big stationary looms. Those look epic and the idea of being able to weave my own fabric, not just pretty wall hangings or small rugs, seemed phenomenal.

So how did i learn about this beauty?! As always – on youtube. Saw a couple of end results and knew i needed one of those as soon as i could afford one.

I still hadn’t reached a point in my life where i could justify affording one but as my luck would have it – i received it as a birthday present from my partner, yay!

Don’t get me wrong, it is an expensive toy, one you shouldn’t just get on a whim in case you only play with it for a bit and then decide it’s not for you. I mean, if you can afford it – go for it, buy two, what do i care. My point is – it is expensive, but worth it. It is a great quality product and hopefully will last me lifetime or two.

At the beginning i was umm’ing and err’ing for a while. At one point i thought of attending a weaving workshop to check how i’d do. But then corona happened and Chris happened, and furlough happened… Hashtag happy ending.

There isn’t much info available about this kind of weaving online, not the ins and outs. Or maybe there is, i’m not Sherlock Holmes. Though, the company has their own youtube channel with lots of useful videos that came in very handy. Also, the looms come together with a few magazines, one of which is a step-by-step photo instructions.

As soon as received my gift i jumped straight onto ordering yarn. Did i know what type or size? Of course i didn’t. But for the first attempts all i cared for was the price. I found these big yarncakes by Stylecraft and decided it will be perfect – surely 550m should be enough to warp my loom for something decent. It is 80% Acrylic and 20% wool. Acrylic brings down the price but i thought i needed some wool mix there as that would be better for weaving. Though i still don’t know if that’s the case.

I bought three cakes and those were meant to be my three warps. For the weft (the yarn i’d be passing backwards and forwards) i went for West Yorkshire Spinners yarn. Sadly now discontinued. Even though i new about the unwritten rule that you would need roughly equal amounts of warp and weft, i went and bought only one 100g ball of weft for each 200g ball of warp. Go figure where my brain was… Spoiler alert – it obviously wasn’t enough – facepalm.

Setting up a loom in an exercise in itself. The amount of time i walked across my kitchen while warping – my glute muscles were aching the next morning. That’s about the only exercise i’ve had this past month.

On my first setup i learnt that my 550 metres let me warp my 24” loom at a roughly 2.5m length. Which is cool because that’s a decent size not just for a scarf wrap but also for a fabric in general if i ever decided to sew something from my weaves.

With each project i tried to learn something new and try different techniques and the overall improvement has been noticeable. I’ve thoroughly enjoyed my first weaves and will keep going, but maybe i need to come up with a purpose for the following weaves as there’s only so many scarves one person needs… 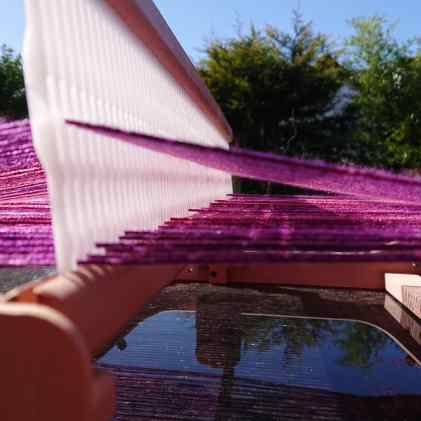 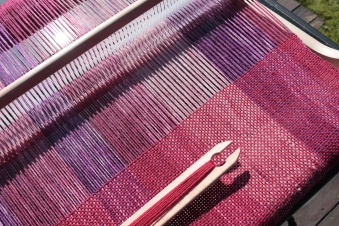 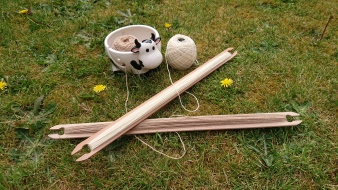 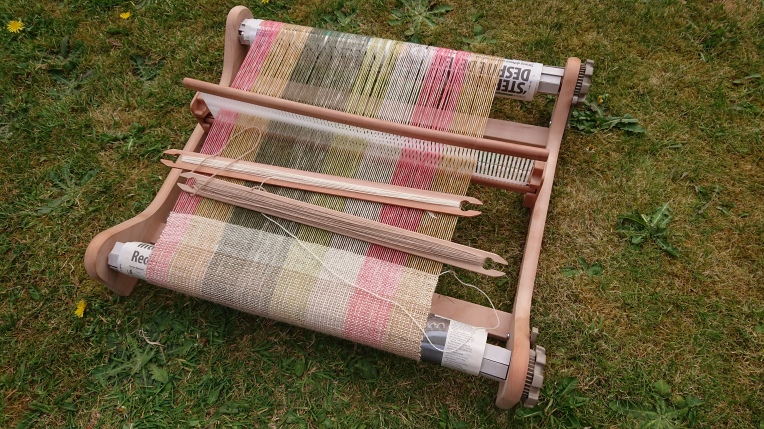